This is the exact site where Second Lieutenant Audie Murphy, Company B, 15th Infantry, 3d Infantry Division, on 26 January 1945 north of Holtzwihr France, won his Medal of Honor.

2d Lt. Murphy commanded Company B, which was attacked by 6 tanks and waves of infantry. 2d Lt. Murphy ordered his men to withdraw to prepared positions in the woods, while he remained forward at his command post and continued to give fire directions to the artillery by telephone. Behind him, to his right, 1 of our tank destroyers received a direct hit and began to burn. Its crew withdrew to the woods. 2d Lt. Murphy continued to direct artillery fire which killed large numbers of the advancing enemy infantry. With the enemy tanks abreast of his position, 2d Lt. Murphy climbed on the burning tank destroyer, which was in danger of blowing up at any moment, and employed its .50 caliber machine gun against the enemy. He was alone and exposed to German fire from 3 sides, but his deadly fire killed dozens of Germans and caused their infantry attack to waver. The enemy tanks, losing infantry support, began to fall back. For an hour the Germans tried every available weapon to eliminate 2d Lt. Murphy, but he continued to hold his position and wiped out a squad which was trying to creep up unnoticed on his right flank. Germans reached as close as 10 yards, only to be mowed down by his fire. He received a leg wound, but ignored it and continued the single-handed fight until his ammunition was exhausted. He then made his way to his company, refused medical attention, and organized the company in a counterattack which forced the Germans to withdraw. His directing of artillery fire wiped out many of the enemy; he killed or wounded about 50. 2d Lt. Murphy's indomitable courage and his refusal to give an inch of ground saved his company from possible encirclement and destruction, and enabled it to hold the woods which had been the enemy's objective.

The monumentl is quietly positioned near the woodline on a country road north of Holtzwihr. It can't be seen from any highway or main street. The memorial is intended to be seen by people who commonly walk through for exercise or relaxation.  It shall remind them that their freedom came at a great cost of others.

On January 29, 2000 the people of the Holtzwihr, France located within the district of Alsace, commemorated a memorial to the men who fought and died with the 3rd Infantry Division under the command of the 1st French Army. With this in mind, Audie Murphy was singled out by the people erecting the monument as the soldier who best exemplified the courage, valor, and sacrifice these soldiers made. The monument was erected at the exact spot of the famous one-man-stand Audie waged against the German enemy. 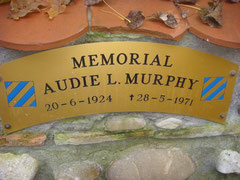 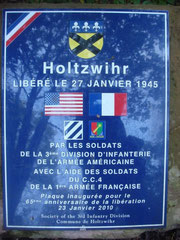 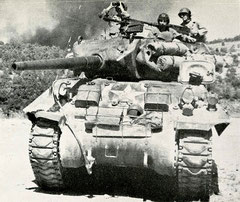 THIS MEMORIAL IS DEDICATED TO THE S0LDIERS OF THE 3RD US INFANTRY DIVISION AND THE CC4 UNDER THE COMMAND OF THE 1ST FRENCH ARMY WHO LIBERATED HOLTZWIHR ON THE 27 JANUARY 1945 AFTER BLOODY COMBAT UNDER MOST TRYING CONDITIONS. IT REPRESENTS THE HEROIC ACT THAT LIEUTENANT AUDIE L. MURPHY OF THE 15TH INFANTRY REGIMENT ACHIEVED AT THIS SITE ON 26 JANUARY 1945,
IN ORDER TO PUSH BACK AN ENEMY COUNTERATTACK. FOR THIS ACTION HE WAS DECORATED WITH THE HIGHEST AMERICAN AND FRENCH HONORS. VISITOR, RESPECT THIS MEMORIAL AND FORGET NOT THAT THESE SOLDIERS HAVE DIED SO THAT YOU LIVE FREE.

Some text and Murphy photos taken from the website audiemurphy.com. Thanks.